Here is a video of your performance last week – love your moves!

and here is “Keep On”

Congratulations to everybody on your Science presentations!  They were of a very high standard and most of you took the time and care to investigate carefully, showing a very clear understanding of the science behind the changing states from solid to liquid and back again!!!

Here are photos of those who presented using posters and you can see what care was taken!   🙂   Watch this space and we’ll try to feature some of the amazing powerpoints students created! 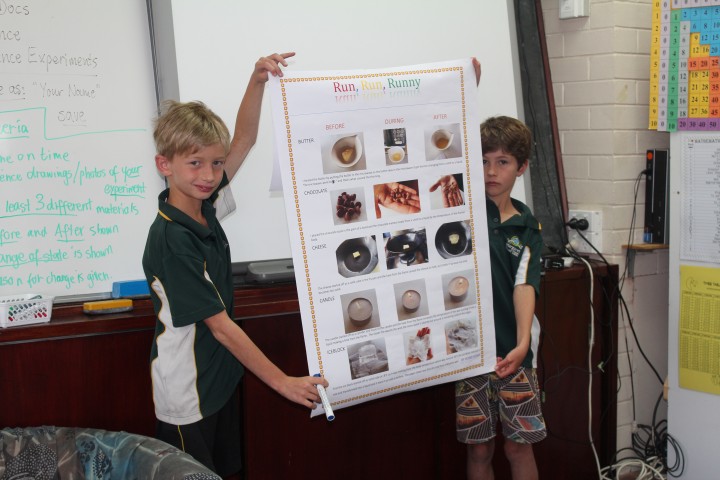 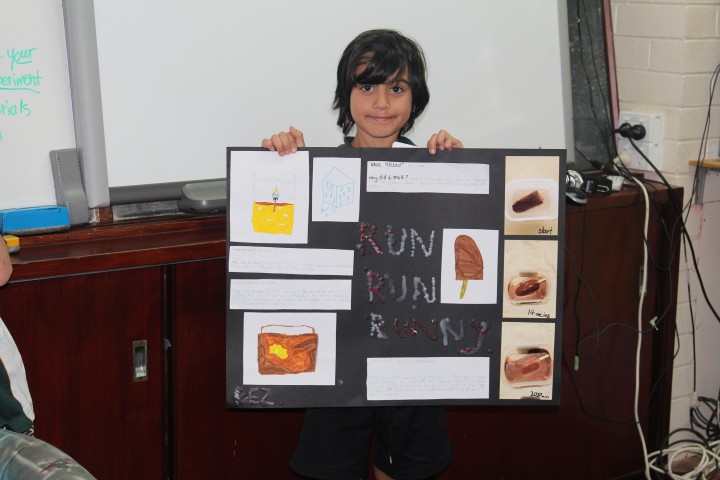 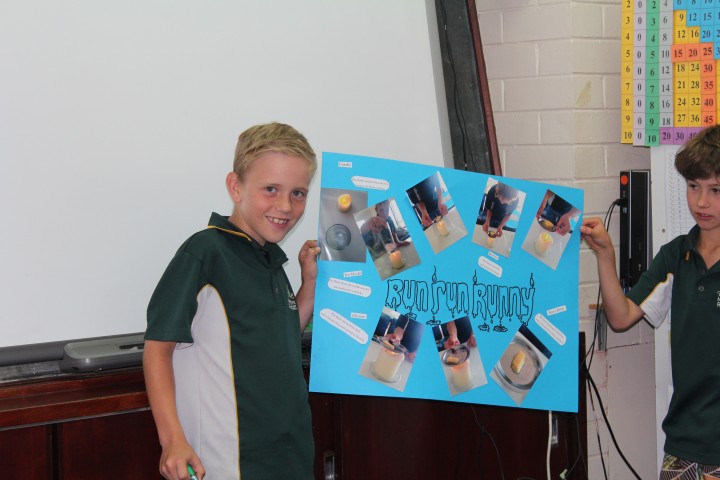 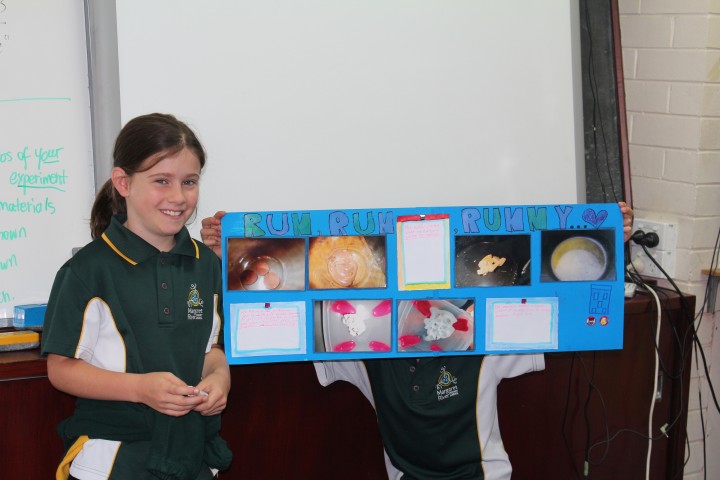 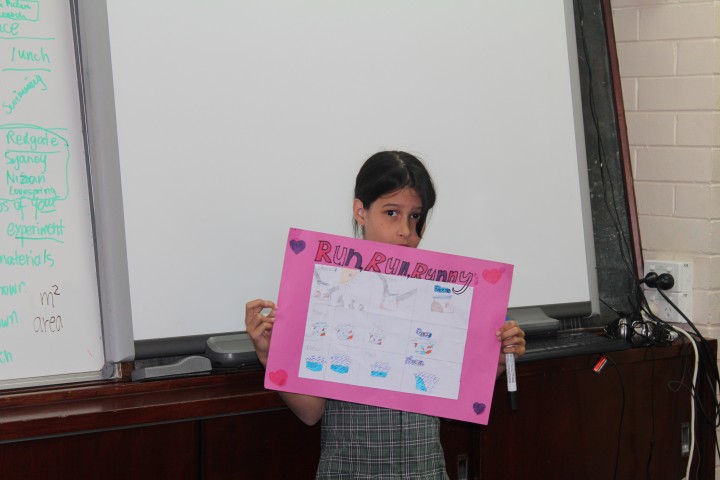 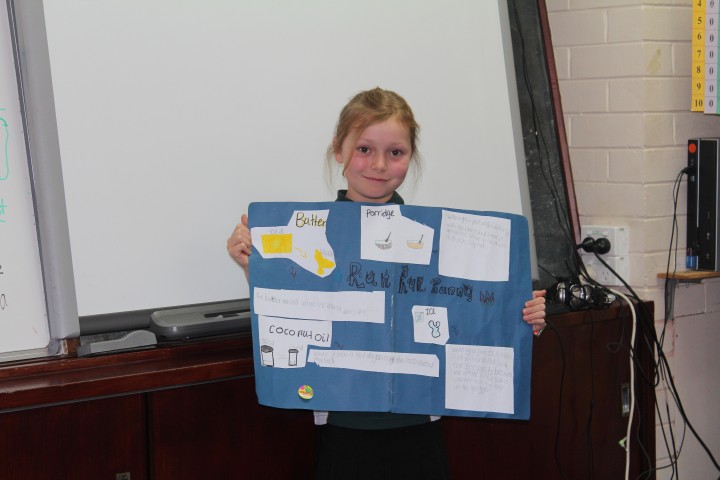 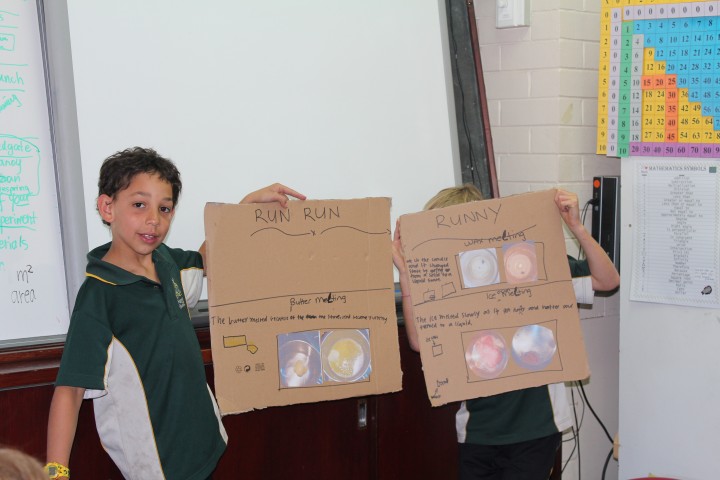 You have all learned so much about Science, about personal responsibility when researching independently at home and about choosing a product to show and share what you have learned.

Christmas songs for you to enjoy!  🙂

Oliver brought in a beautiful telescope of his Dad’s and he’s written all about it here.  This is part of our discovering different things which have been used by our parents and their parents as part of learning about life Then and Now.  Thanks, Oliver.  🙂  Mrs Veary 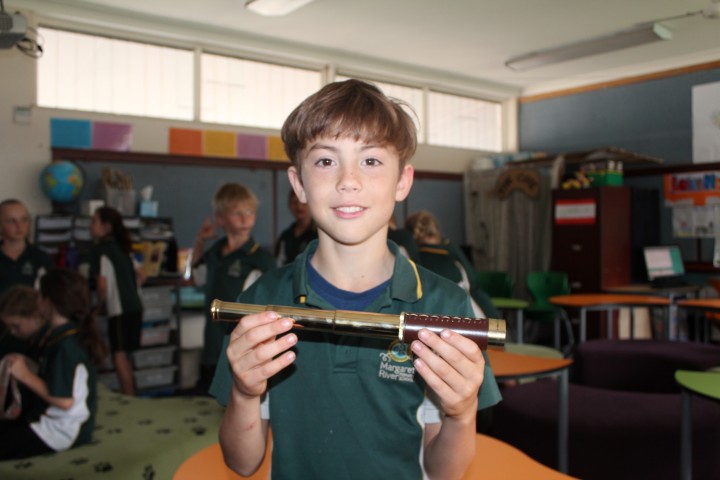 My Dad got a telescope as a present when he was about thirty or less.  There is some leather on the front of it. 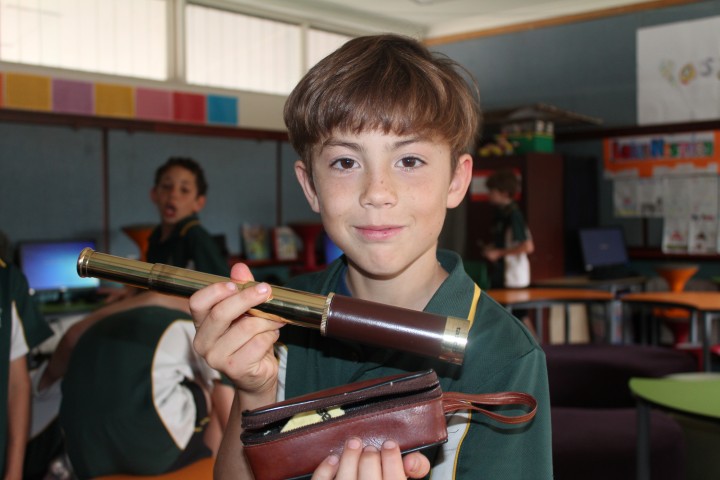 You can use it to see quite a long way from where you are standing.  It came in a leather case with a cloth to clean the lens.  The rest of the telescope is gold, except for the lens.  You can adjust it with a gold spinner at the front.  It has a handle on the case. 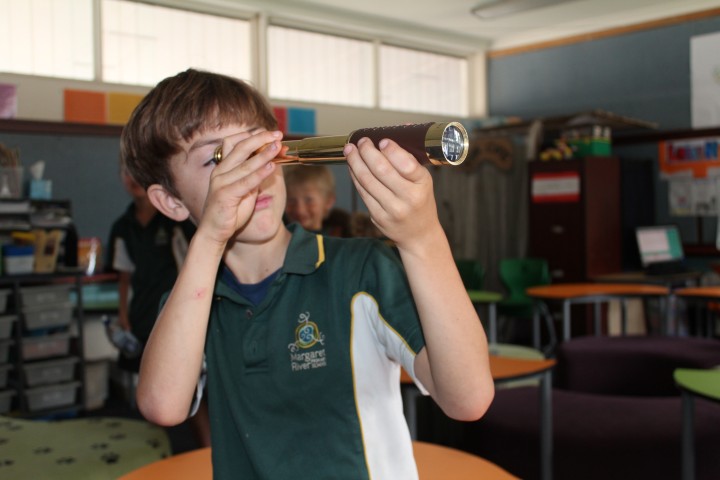 People use a telescope for spotting things that are far, far aaway and maybe some people us it for display.  It is used on boats and probably is also used in wars.

Measure and cut to make these stunning 3D stars

We have just made West’s origami Ninja Stars and this version is a different star, a pointed star.

1. You will be working in groups on this webquest. Click on TOYS OF THE PAST to see what kind of toys are in museums and how they may be different from toys of today.  There are lots of activities.  You can use the notepad as you go if you like.  You will each choose a toy to put into the toy museum and you will need to write the label for it.  Follow the instructions: name of toy, age, old or new?, information about special features or uses…

2. Click on BEDFORD BYTES – TOYS.  You need to click on PHOTOS OF TOYS and look at all the toys.  Try to imagine what they are and how they were used…   Then go to DESCRIBING TOYS ONLINE and do the activity. Apples start with LEVEL 1, Oranges and Pears you can do level 2 and Grapes you need to do LEVEL 3.  CHOOSE 1 – 2 TOYS to describe and PRINT OUT your final version to hand in.

When you are finished, write a comment telling us: the name of your favourite toy, what it is made from and what it does or what you can do with it.  Remember to sign your name to the comment.  🙂

Some of the questions we want to ask are:

We will be having a look at old Australian toys by clicking on the link below.

One of the activities you will be doing on your own is placing the toys in order from the oldest toys to the most recent toys.  Click on the link below to order them.

Ordering Toys from Oldest to Most Recent

This is a survey to get your feedback on how the learning environment in Room 6 has helped your learning this year.

Think carefully before answering and remember, it is all about how it has helped you to work and learn this year.  I look forward to reading your answers.  🙂

Click on the red link below and the survey will open in another window.  When you have answered it and clicked DONE, just close the window and go back to Dolphinkids.  🙂

Just in case the above link doesn’t work, click on the survey below and scroll down using the scroll bar on the right-hand side of the embedded survey on Dolphinkids.T
Create your own user feedback survey

This is the first of the flipped learning Maths Videos I’ll be making and putting on Dolphinkids for students to watch if they want to go over different maths strategies we use in class.  They are exactly the way we learn them in class and this is one of our subtraction strategies using the Empty Numberline (ENL).

I hope these will be useful revision and personalised learning tools for students.  Please feel free to give me feedback in a comment below.   Later on I’ll create a page on this blog where you’ll be able to access them under categories.  [That’s the plan….! 🙂 ]

Jase and Izzy were our classroom journalists when we visited the Old Settlement recently.  This is what they had to say….. 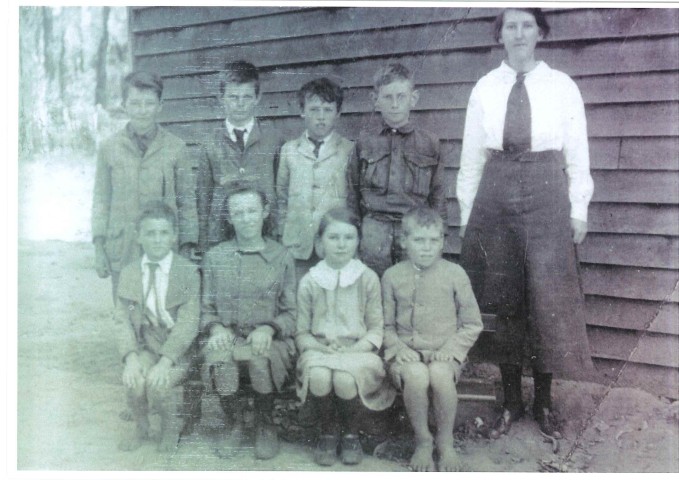 School photo with teacher long ago. (Thanks to Historical Society for photo) 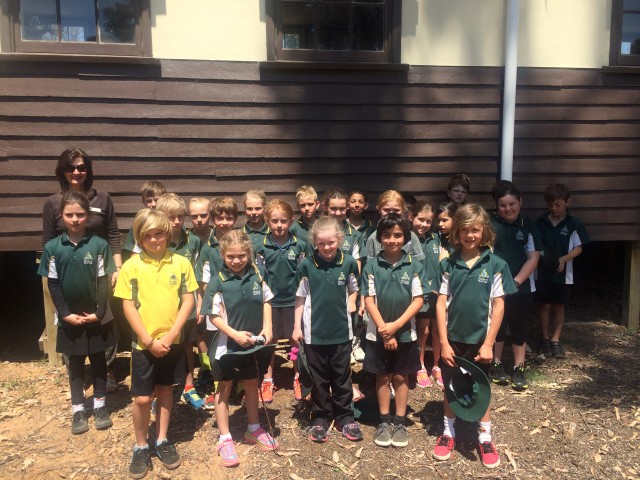 Bramley School
Bernice showed Room 6 around the Old Settlement’s Bramley Schoolhouse. She told us about what the English people did and lived in when they came down to Australia. The English people came down from England and they got farms, machinery, and a humpie. A humpie is corrugated iron in a domed shaped hump. There were statues of horses inside the school with carriages. There were lots of pictures on the walls about the olden days, old Kate, old Utes, old schools, old tractors etc. The setting inside the Bramley School is a lot different from our school.
e.g
The chairs were screwed into the ground and they were long, there was a chalk-board and the desks had lids with books in them and some of their work.
Some people quit doing their farms because they said, “We can’t survive here”. So one day they walked off but some people stayed. They said, “We can’t just leave.  We’ve done all this all this work.”  So when the other people left they claimed their land so their farm was bigger and so on. The people who left went somewhere else so they could have food, have a real house and live a proper life. One of the families that went on with their farm was the Bussell family (including a lot of others). Alfred Bussell was married to Ellen Heppingstone and they had six sons and eight daughters. 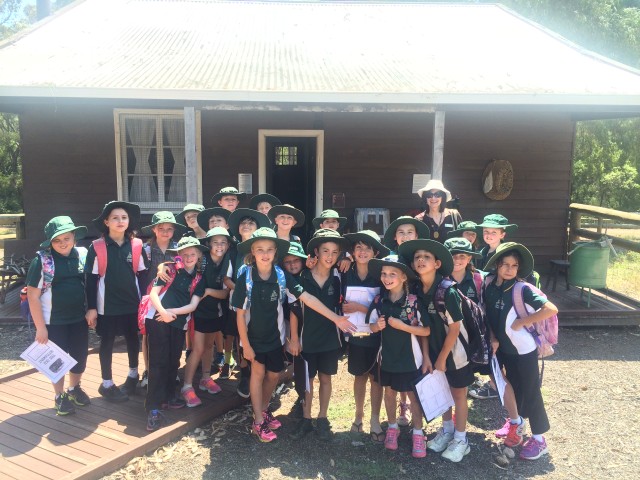 Mike showed Room 6 around the old settlement house (called a “Groupie). The houses in those days were different.  They had records instead of cds.  They had one kids’ bedroom instead of three or more.  If one of the children kicked another in the face, they would have to sleep outside for the night.

Mike also showed us the kitchen.  It was different too.  The shelves were made from boxes and the chairs were different sizes and after he showed us the back deck.  The back deck was their bathroom and laundry.  Instead of a washing machine there was a wash board.  You would have to get the clothes, a bucket and soap. Then you would fill the bucket with water and then scrub. 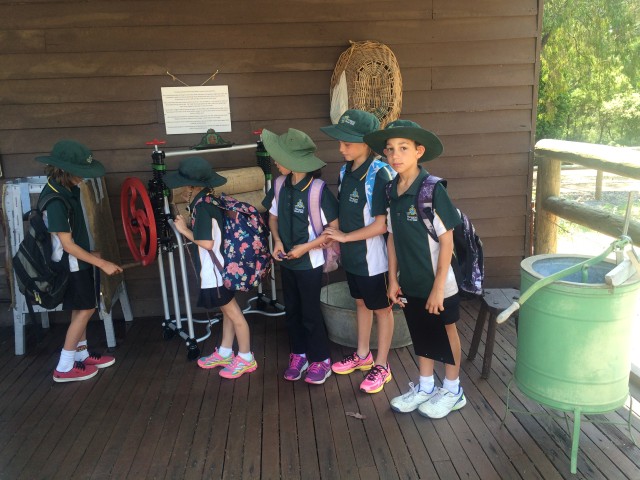 A big thank you to Marian (Sunny’s Mum) for coming to the rescue and taking these photos.  We really appreciate it.  🙂  Mrs Veary and Room 6