Congratulations to Lily F, Kacey and Oliver for their hard work writing and recording Podcast 2!!!  🙂

[Well done to our Podcast Team for helping them to produce this great audio clip: Gigi, Ruby and Sunnee!]

Enjoy the podcast, everybody!

This photo will remind you of the very interesting things Mark Bonshore told us when he visited our class a couple of weeks ago. 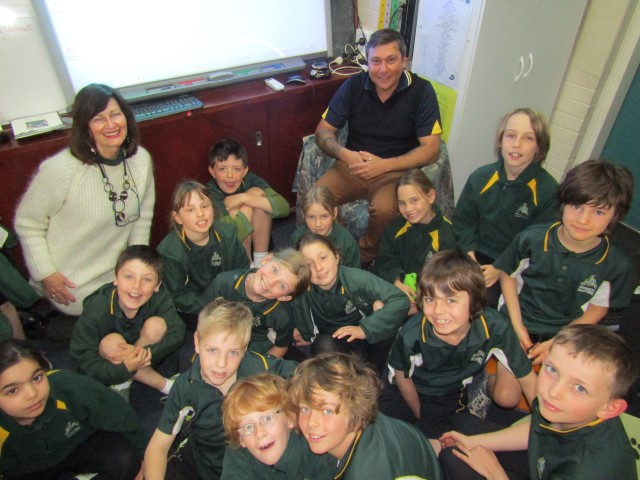 He also talked about the Noongar seasons and how people used plants instead of a calendar to tell them when to move to the coast or away from the coast to the woodland areas, and what food would be available.  Indigenous life revolved around the environment and the people lived in close relationship with the environment.  They had to live sustainably (making sure nothing was used up or ran out in the future) and it was really important to keep the balance and follow the order of the cycle of the seasons.

Mark told us stories about the special creatures which live in the South West:

We could have listened to his stories all day, but now we have the chance to hear from him again.  Mark will be coming to share his culture and stories with us again on Tuesday at 12.10p.m.  😎